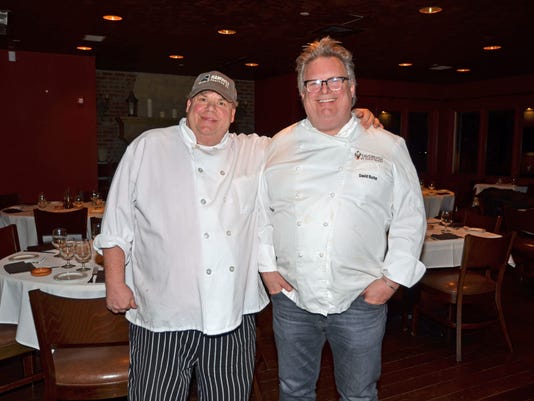 For more than 10 years, Chef David Burke was known at the Shore as the creative mind commanding the kitchen of Fromagerie, Rumson’s decades-old fine-dining restaurant.

And now, Burke is back.

In March, the chef – who lives in Fort Lee – will open Drifthouse Restaurant by David Burke in the space currently occupied by Ama Ristorante, which will remain open until the transition is complete. In October, Ama announced that Burke’s brother, Robert Burke, had been named executive chef; he will maintain that position.

“In partnership with the Stavola family, owners of Driftwood, the restaurant is expected to launch in March and will be open to the public year-round,” reads a new release.

According to the announcement, Ama Ristorante “will undergo a redesign and feature a new concept and menu created by Chef Burke.” The redesigned dining room will include a sunset dining area and art selected by David Burke. The restaurant will open at 4 p.m. daily for dinner and offer happy hour, outdoor dining, private dining and Sunday brunch.

“It’s my goal to bring a true culinary experience to the Drifthouse Restaurant,” David Burke said in the release. “A quality dining experience should be flavorful, beautiful and memorable, and that is what we will strive for every day.  It’s a real treat to work with my talented brother, Chef Robert Burke, and together we should be a tour de force on the Jersey Shore.”

From the Asbury Park Press. Click here to read on app.com.